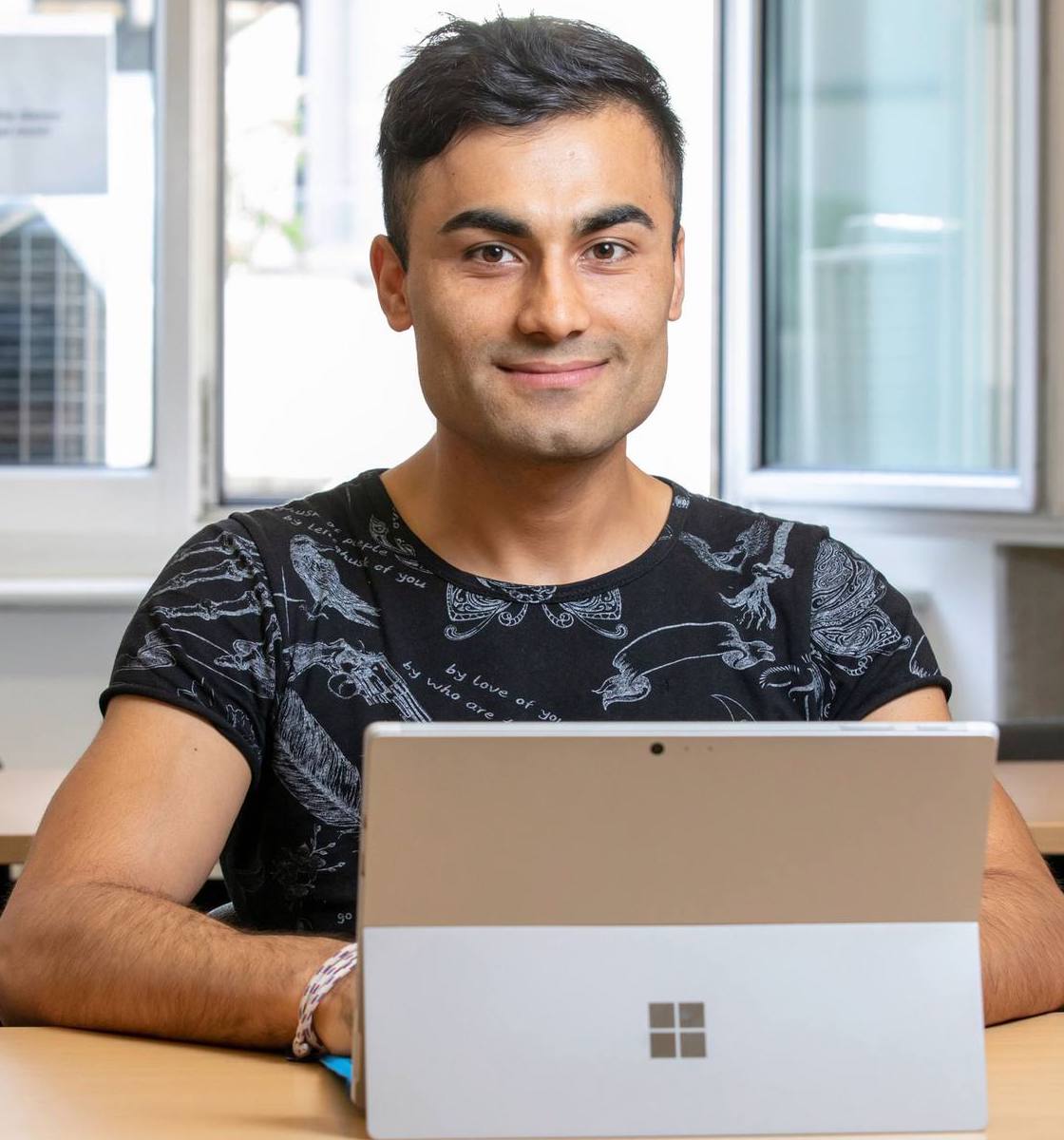 The library was my best friend because from Monday to Saturday, I spent several hours there.

"I had no choice - but also nothing to lose," he says. If he wanted to live, he had to flee, but fleeing was no guarantee to live.

Parwiz Rajabi fled from Afghanistan to Switzerland. 5 Years ago he was left with nothing. His parents were dead – killed by the Taliban – and his brother and sister had already fled to Europe. “I had no choice – but also nothing to lose,” he says. If he wanted to live, he had to flee, but fleeing was no guarantee to live.

Left on his own, he moved on foot to Iran, then to Turkey. There he lived as a beggar several months as a beggar in order to finance the passage to Greece. “Because I didn’t have much money, I had to steer the ship that would take us to Greece”. 80 people were crammed into a rubber dinghy that was meant for half of them. “It was night. Faint lights, far away on the horizon, were the only showing the way. No one could help us, we could only pray.” When they finally arrived in Greece, they just lay there, motionless for hours, overwhelmed by the fact that they had survived. “It was a great relief when I got to Austria – I knew then that I had made it.”

Later, in Constance, he was arrested and in October 2015, after more than half a year on the run, he was transferred to Switzerland to a federal asylum center. This was the beginning of the long wait for a decision on whether he would be accepted as a refugee. “We slept, ate, and waited. That made me sick.” There was a back and forth about his age. “According to my documents from Afghanistan, I was 16 at the time. Swiss authorities put my age at 19 based on a hand bone analysis”. With this decision, he had to bury his hope of completing a tenth year of tenth year of school.

In the meantime, Rajabi had been transferred to Neftenbach ZH, but his search for a future in Switzerland continued. “I watched lectures by motivational trainers on Youtube to end the waiting and doing nothing.” He was tired of having to account for what he had done, what he had spent his money on and having to hear from people: “You get social welfare? – You have a comfortable life.” So he attended German courses and started going to the library. “From Monday to Saturday, I always spent several hours there. The library was my best friend.” There he read novels, studied German and English with language books and read up on Computer Science. Informatics was the field he was most interested in. “It has always been my dream to become a Computer Specialist.”

He was delighted when he heard about the training offered by Powercoders. It took two attempts before Parviz was accepted into the program.
“The first time I applied, my programming skills were not good enough”. He added a year of self-study in JavaScript and Python, learned German even better, and applied another time. In the meantime he has graduated from Powercoders, completed his internship and started his apprenticeship at UBS.

Parviz Rajabi has very specific ideas about his future. “I will give everything and work hard to achieve my goals”. At the age of 35, he wants to be his own boss and train and employ people in his company who, like him, need a chance.

Read more about him in this article by Pro Juventute.